Dance of the Trillions: Developing Countries and Global Finance 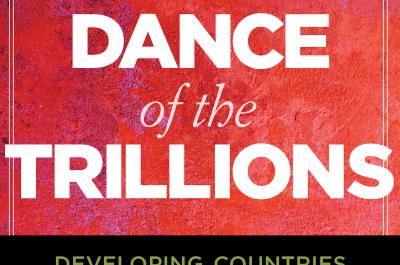 ‘Dance of the Trillions: Developing Countries and Global Finance’, published by Brookings Press in the summer of 2018, is a historical narrative that traces the evolution of ‘emerging markets’ as an organising concept in international financial markets. It is also a discussion about how wise it is for developing countries to open themselves fully to unrestricted capital flows, and how countries have sought to protect themselves from the volatility of those flows in the wake of the ‘crisis decades’ of the 1980s and 1990s. It is the first book to look across the entire modern period, since the early 1970s, in which developing countries have had access to international finance. Underlying the story is an analysis of how the relationship between developing countries and global finance appears to be moving from one governed by the ‘Washington Consensus’ to one more likely to be shaped by Beijing.

Dance of the Trillions is an insightful and beautifully written panoramic narrative of international finance in the last hundred years. It describes vividly how international capital flows have played a major role in shaping the fortunes of developing countries. The over-optimistic financing booms, followed by the sudden capital flights have been a common theme in international markets from Latin America to Asia. The rise of China, affirming the primacy of states over markets, is upsetting the current order and transforming the very structure of the international financial system. A brilliant book!

David Lubin is a managing director and head of emerging markets economics at Citi, an American bank, where he is responsible for a team of more than 30 economists in 15 locations globally. He is also an Associate Fellow at Chatham House, the Royal Institute of International Affairs.

Before joining Citi in 2006 he had been at the HSBC group since 1989, where his career started in the field of sovereign debt restructuring negotiations with governments in Latin America and Eastern Europe. In 1993 his focus shifted to emerging markets research, where he has been involved in a number of capacities.

David has a undergraduate degree in Philosophy, Politics and Economics is from Oxford University; and a postgraduate degree from the Fletcher School of Law and Diplomacy at Tufts University.

Watch the video from the seminar here.