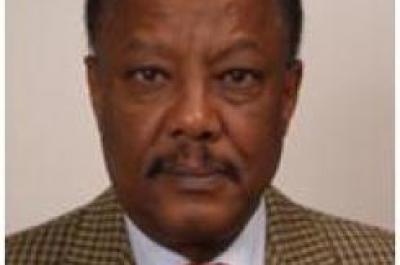 “By being situated in two of the world’s best institutions of higher education, the GLF Programme allows mixing with and learning from outstanding scholars. By bringing together scholars from developing countries with different experiences, the programme allows GLF fellows to learn from each other’s experiences and build networks for the exchange of ideas and build collaborative relationships. My advice to new GLF fellows is to frame their research theme as early as possible and take advantage of the tremendous opportunities and resources available at the two institutions as much as possible.”

Dima Noggo Sarbo joined the Oxford-Princeton Global Leaders Fellowship program in 2009. He is currently a research scholar at the Woodrow Wilson School of Public and International Affairs, Princeton University. He spent a year at the Global Economic Governance Programme, University of Oxford, UK. His main area of work is on the role of regional organizations in global governance with a specific research focus on the challenges of regional integration in Africa. His research interests include the institution of the state, governance, democratization, human rights, development, identity, nationalism, and social movements.

Dima was educated in Ethiopia, Senegal and the United States. He obtained a PhD in Sociology with a major concentration in political economy and a minor in environmental sociology from the University of Tennessee, Knoxville. His dissertation research focused on the structure of power and strategy of survival of states with contested legitimacy. In particular, it highlights the hybrid structure of power, the use of coercive methods and violence, as well as domestic and external patronage. Dima has a B.A. in Political Science and Government from Addis Ababa University, and a Post-Graduate Diploma in Development Planning from the United Nations Institute for Economic Development and Planning (IDEP) in Dakar, Senegal.

Dima has previously worked as a consultant on development, human rights, peace, and conflict issues for several international non-governmental organizations. He was also involved in struggles for social justice, and in efforts at promoting peaceful resolution of conflicts, negotiations, dialogue, and national reconciliation in Ethiopia and the Horn of Africa. Earlier, he served as a civil servant working in rural development among peasants and pastoralists in Ethiopia. Moreover, he has worked in education, relief and rehabilitation among refugees, IDPs, and victims of state repression and civil wars in Ethiopia, Sudan, Somalia, and Kenya. He also served as a cabinet minister and a member of the legislature in the Government of Ethiopia.

Dima has lived in many countries and has travelled widely in Africa, Europe, Asia, the Pacific, and the Americas. He speaks and understands several languages.

Dima Sarbo (2011) Ethiopia under the TPLF: The Hybrid Structure of Power (forthcoming)