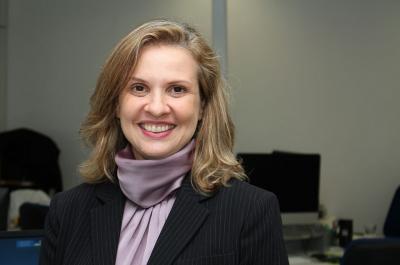 “The GLF Programme is a time for reflection, and both Oxford and Princeton are challenging environments for doing so. It is a privilege to have access to such a great environment, such a wealth of people and resources. In both Princeton and Oxford I had the chance to build on my intellectual capabilities by taking courses, talking to scholars, doing research, and using the library resources. I am currently involved in two different research projects: the oversight of the executive branch in Bolivia, Brazil and Chile; and the non-ratification of bilateral investment treaties in Brazil.”

Leany Barreiro Lemos become Director to the Senate Environment and Oversight Committee immediately after returning to Brazil from the Oxford-Princeton Fellowship. Following, she became the Budget and Planning Secretary of the Federal District, Brasilia, Brazil, the first woman to occupy this position, managing a 13 billion USD annual budget. She has just left her senior position to run as pre-candidate to the Brazilian Senate.

She is editor of the book The Brazilian Federal Senate after the 1988 Constitution (2008) and has authored several articles on legislative studies. Leany Lemos was an APSA/Fullbright Concressional Fellow in 2003-2004; Visiting Scholar at Georgetown University (2003-2004); and Visiting Research Associate at the Centre for Brazilian Studies and St. Antony’s College, University of Oxford (2006).

As a GLF, she conducted research on executive-legislative relations in Latin America. She was interested in how congresses in the region conduct oversight and how they scrutinize the respective governments. Her most recent work focused on the Brazilian government’s blockage of the ratification of bilateral investment treaties in the 1990s (co-authored with Daniela Campello, Princeton University).

Leany Barreiro Lemos holds a Masters in Political Science and a Doctorate in Comparative Studies on the Americas, both granted by the University of Brasilia, Brazil. For her dissertation on ”Legislative Control in Presidential Democracies: Brazil and United States in Comparative Perspective” Lemos won the "Best Doctoral Dissertation Prize 2005-2006”, awarded by the Latin American Political Science Association, and Honor Mention at the 2006 Great Prize of Doctoral Dissertation by CAPES, the Brazilian Agency for Higher Education and Research. She is fluent in Portuguese, English, Spanish and French.