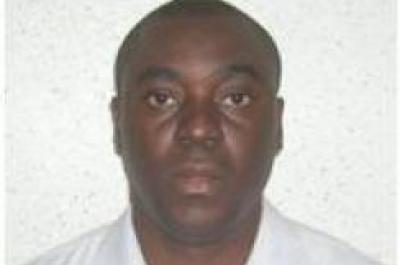 “During the course of the fellowship I will be focused on the political economy of development and the dynamics of accountability in faith-based organizations involved in international development. The goal of my research during the GLF fellowship is to contribute to improving the capacity of donors and their faith-based organization partners in developing countries to implement Millennium Development Goal-oriented projects capable of transforming fragile states and reinforcing the stability and the political economy of the international system of states.”

Before joining GEG, Olarinmoye was Programme Coordinator with the South-South Research Exchange Programme on History of Development; SEPHIS in the office of the Executive Secretary; CODESRIA Secretariat, Dakar; and programmes manager in the Training, Grants and Fellowship Programme of CODESRIA with specific responsibility for Africa Capacity Building Foundation funded programmes of CODESRIA. He was lecturer in Comparative Politics at the Department of Political Science, Igbinedion University, Okada, Edo State, Nigeria (2006-2007), Cadbury Fellow at the Centre of West African Studies, University of Birmingham (2006), SEPHIS doctoral fellow at the Center for Studies in Social Sciences, Calcutta, India (2004) and Programme on Ethnic and Federal Studies doctoral fellow at the Department of Political Science, University of Ibadan (2004-2005)

Olarinmoye’s project focused on the subject, ‘Accountability in International Development: A Study of Faith-based Development Organisations in Nigeria’.