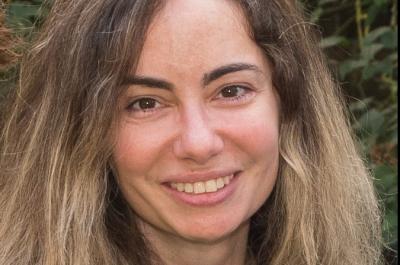 I expect to benefit significantly from the GLF Programme, both through the unique opportunity to exchange ideas with major experts in a highly stimulating environment, as well as by developing a valuable network of researchers. My research relates to the interaction between intellectual property and competition law, focusing on abusive (sham) litigation in the pharmaceutical sector. The goal is to make a legal assessment of the criteria adopted by national authorities when analysing the issue, as well as the consequences for consumers and political implications of the current perspective adopted for the characterization of sham litigation in the pharmaceutical sector.”

Before joining the GLF Programme, Valéria worked for the Brazilian Competition Authority (CADE) as Chief of Staff and International Adviser, where she assisted the Presidency in various matters and was in charge of the International Department of the authority. She previously served as a Blue Book trainee in the European Commission’s DG Competition in Brussels. She has also worked in Taipei as a legal counsel for a Taiwanese biotechnology company, and as a lawyer and team manager for a branch of a business law firm in Rio de Janeiro. She started her career as a lawyer in the second largest Intellectual Property Law firm of Latin America.

Valéria received her PhD in International Law from the University of Sao Paulo in 2004. Her PhD thesis undertook a comparative analysis of extraterritorial jurisdiction in competition laws of the US, European Union and Brazil, and assessed the viability of regulating competition law internationally in the WTO. Her thesis was unanimously recommended for publication by the Board of Examiners and was published as a book in Brazil in 2006. She also holds a Masters in International Trade Law and Economics from the World Trade Institute, in Berne, Switzerland, where she has graduated with a Summa cum Laude degree. Valéria is fluent in Portuguese, English and Spanish and has a working knowledge of French and German.

“The revision of the WTO Agreement on Government Procurement: to what extent might it contribute to the expansion of current membership?” Public Procurement Law Review, v. 17, n. 2, February 2008, pp. 61-98.  Translated into Chinese and published by the Law School of the Central University of Finance and Economics (CUFE), Beijing, China.