Why do regulators in developing countries, particularly low- and lower-middle-income countries (LMICs), respond differently to international banking standards? Our research starts with the recognition that the scope and depth of Basel II and III adoption in LMICs is not merely determined by technocratic assessments of suitability and fit. Instead, regulators’ decisions are influenced by the political economy of relations among key domestic actors, and the wider domestic and international context they operate in. The three key domestic actors are: the regulator (usually situated within the central bank), large banks, and incumbent politicians.

To explain variation in the responses of regulators to international banking standards, we identify four factors that drive convergence, and four opposing factors that incentivise divergence.

Due to the differing political, economic and institutional contexts, regulators experience incentives to converge and diverge through different channels and with varying levels of intensity. We distinguish between different pathways of convergence and divergence according to the reason or actor that predominantly drives the outcome. We also explain what might lead to 'mock compliance' ie formal compliance which is not put into practice. 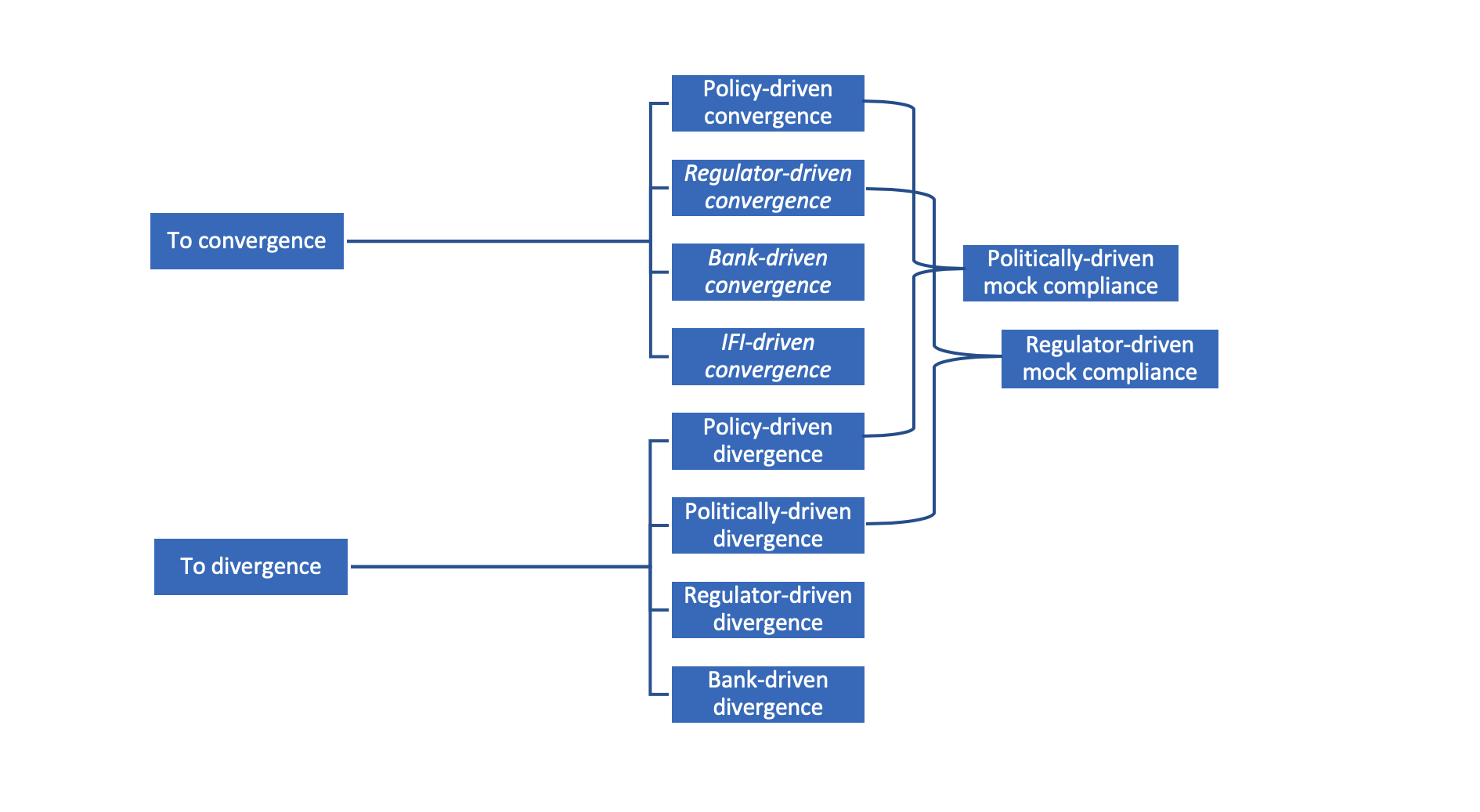